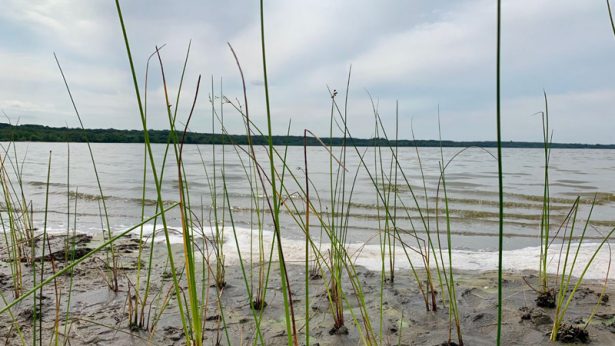 There’s a first-of-its-kind effort underway to clean up a Minnesota lake in Benton County, north of St. Cloud. Officials have opened the Sartell dam on the Mississippi River to drain three feet of water out of Little Rock Lake near Rice.

“The ultimate goal is to improve water quality, fish and wildlife habitat and shoreline stability. And that’s all accomplished by plants,” Fisheries Manager Eric Altena, with the Minnesota Department of Natural Resources, said.

This is the first time a drawdown of this type is being attempted on a lake the size of Little Rock Lake. The water level started dropping Thursday and was still falling Friday. Hundreds of acres of mud flats are being exposed to the sun and will soon start blooming with new plants.

“There’s a seed bed that’s about 112 years old in here and a lot of that stuff is going to start popping,” Altena said.

The water level will stay reduced for about six weeks, until mid-September. Volunteers are starting to also add mature plants in the exposed lake bed to join those that sprout naturally.

Little Rock Lake has historically been one of the most polluted in the state, turning a murky green color in the summer months. Little Rock Lake Association President Kellie Gallagher said the trouble is algae. It’s thick and limits the sunlight that can get through the water, choking out plant and marine life.

Groups have worked with area farmers to reduce phosphorus runoff, which has helped. This drawdown and the addition of new plants should do the rest to stabilize the lake for the future.

“The DNR believes we will get that flip and it’ll start taking care of itself,” Gallagher said. “So the whole community is behind this, which is really cool to see.”

During the six weeks of the drawdown, the entire lake is under a no wake restriction. There are dumpsters around as well for people to dispose of trash they pull from the lake bed.

“We have all of these people coming out of the woodwork, we have people asking for plants who didn’t sign up for plants,” Gallagher said. “It’s a big deal.”

Altena said the lake’s water clarity should improve by 50 percent, and the plan is to begin refilling the lake September 14.

“And ultimately, if we get to pass this down to future generations, that’s the whole idea,” he said.

The project is being paid for with grants and community donations. DNR officials said they hope the project can be used as an example for other similar lakes across Minnesota.