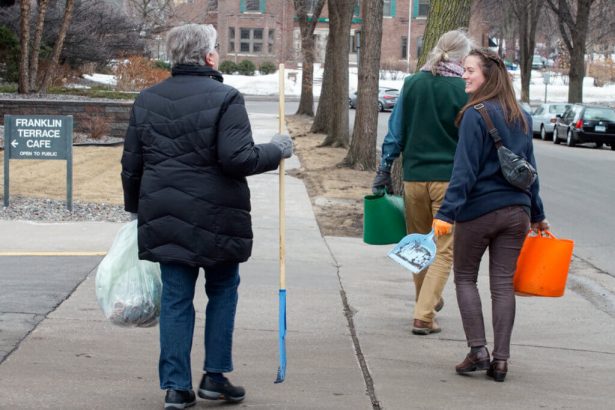 Minnesotans are staying at home for two weeks in hopes of slowing the spread of COVID-19 throughout our communities. However, as the spring sun shines and the snow melts away, many are taking advantage of an important exception to the rule and enjoying a walk in their neighborhoods.

Many have noted that getting out of the house and enjoying the fresh air is important for physical and mental health while we adjust to pandemic restrictions. Governor Walz encourages walking, biking, and even fishing, so long as people maintain their social distance. However you enjoy the outdoors, here in Minnesota it’s hard not to notice the unsightly trash melting out of snow banks and into the gutters.

Natural debris and litter are major sources of pollution in local lakes and streams. As the snow banks melt and frozen pollutants emerge, spring rains wash them into storm drains that feed directly into nearby waterways. Neighbors who make the simple commitment to pick up around their homes find that the results quickly add up.

When she spotted trash in her neighborhood, Minneapolis resident Taylor Tolbert was inspired to take action. Like many people, she’s spending the vast majority of her time at home with her fiancée, two kids, and not a lot to do. Last Sunday, she invited neighbors on the social networking site NextDoor to join her in a community-wide cleanup. 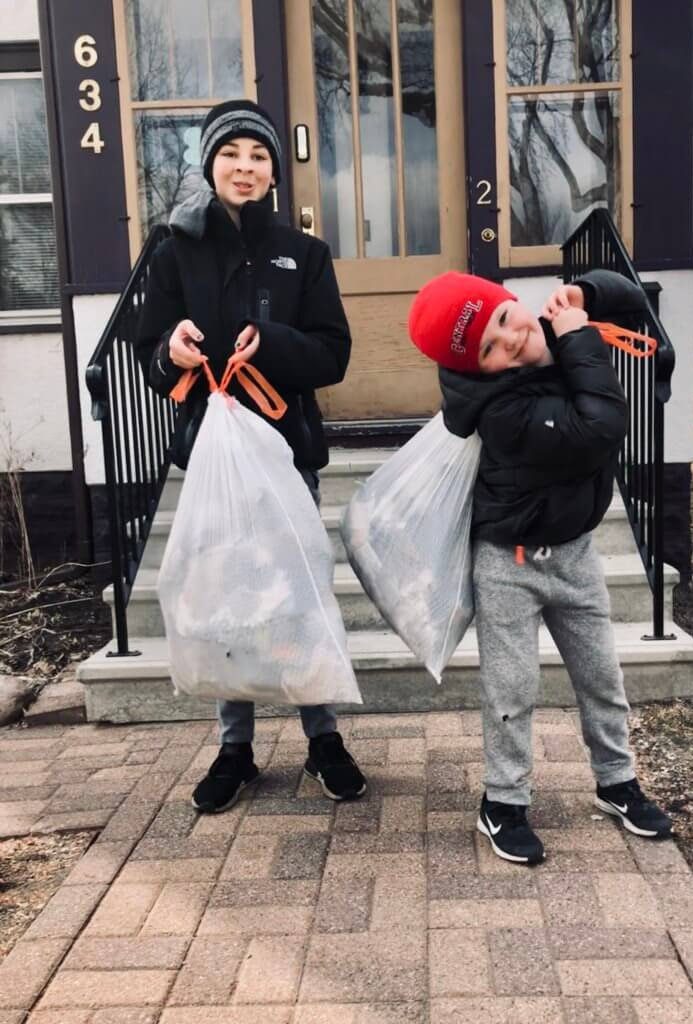 Phoenix and Jackson show off how much trash they cleaned up from the streets near home.

During their first cleanup outing, her boys each filled two huge plastic bags with trash found near their home. “They had so much fun doing it, and now they want to go out every weekend,” she said. This new weekly ritual has become a meaningful way for her family to contribute to a cleaner community. “Hopefully, now that people have to slow down a little, they’ll be more mindful of the environment.”

Like Taylor, more than 6,000 Minnesotans have made a commitment to keep streets and sidewalks clear of leaves, trash and other debris year-round by signing up to adopt a storm drain. Last year they picked up nearly 100,000 pounds of debris that otherwise would have ended up in local lakes, rivers, and wetlands.

Wherever you are on Sunday, Taylor invites you to clean up the streets. If you’re heading outdoors for a walk, grab a trash bag and some gloves. Be careful to maintain a social distance of six feet away from others outside your household, and always be aware of traffic when cleaning in the street.

A few simple tools like gloves, a rake, and a dustpan will help you safely collect litter and natural debris.

If you want to join other Minnesotans who are working together for cleaner neighborhoods and healthier waterways, sign up to adopt a storm drain at adopt-a-drain.org. By stepping outside, we can make a positive impact on our attitudes as well as our planet.

FOLLOW US
MENU CLOSE
Do NOT follow this link or you will be banned from the site!